I got a message of Kent saying he’d be doing Davids Crevasse.

I hadn’t done it before as it was meant to be a fairly so so canyon and the traditional exit involved a horid scrub bash down to the Grose then either across to Perry’s lookdown or up to Pearces Pass, either option being a fairly large day.

But it had been a few weeks since I’d managed to get out on a trip and I hadn’t organised anything and Kents trips are alway memorable and, well, in for a penny, in for a pound.

Kent and Ben swing past Roy’s place to pick us up and we meet the others at the Mt Banks Picnic area. The old road around Mt Banks is easy walking but an even easier ride. I’d done it quite a few times on the Mountain Bike. Despite the sign saying “walkers only” bikes are approved in the PoM, something I have confirmed a few times with the NP office at Blackheath.

Anyhoo we do the meet and greet and head out along the fire trail. I soon regret forgetting to put the impact eating innersoles back into my shoes, and even more that I didn’t bring the bike….

The views are worth some sore heals thou 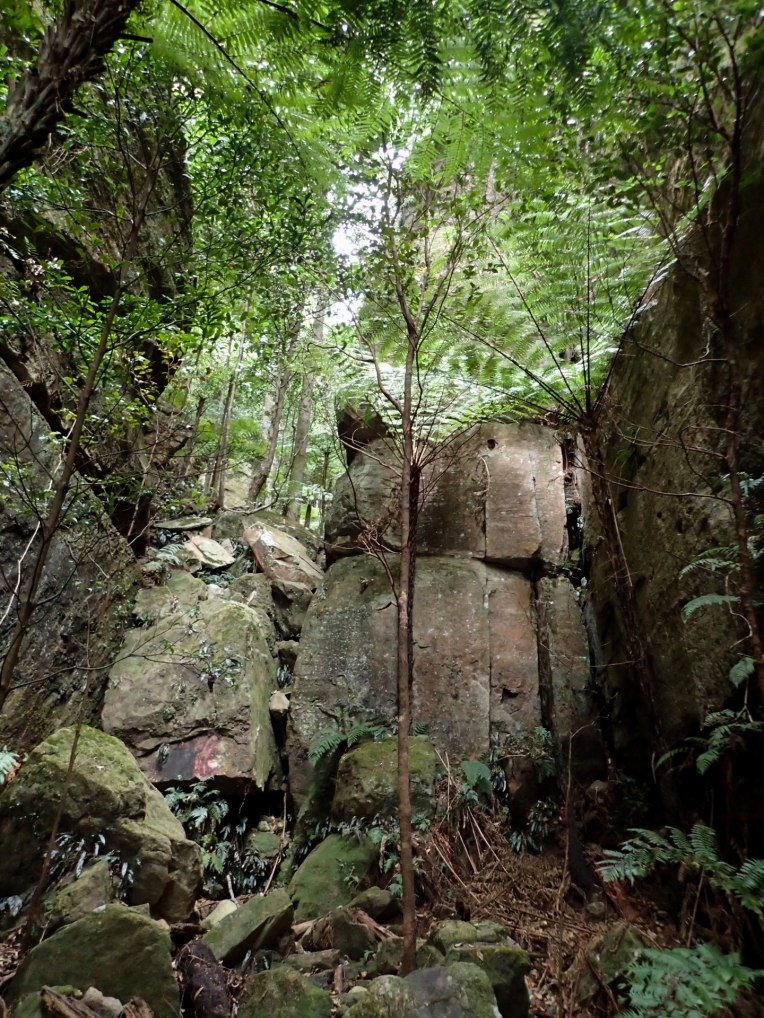 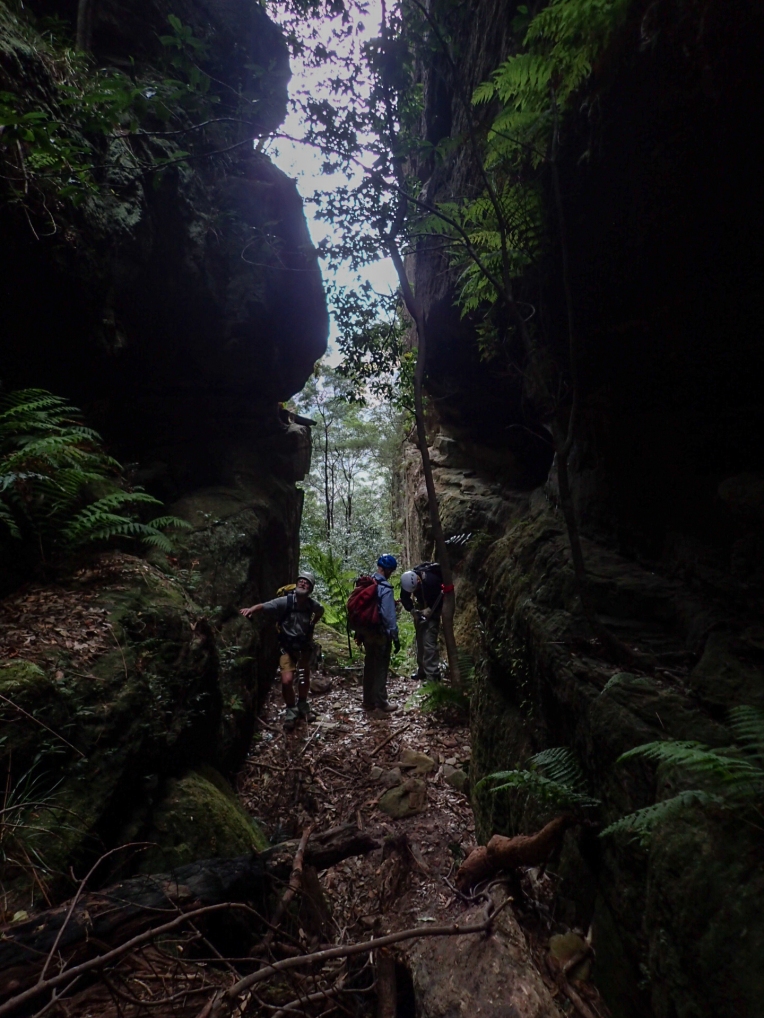 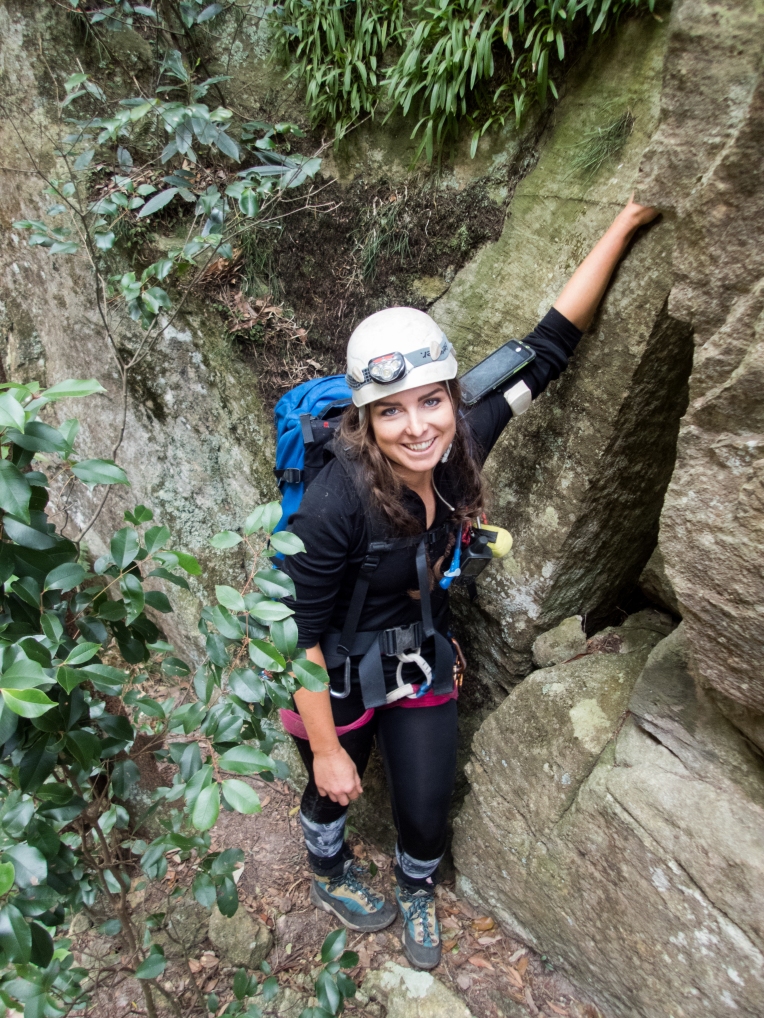 Madie is just happy to be here

And then it’s an easy stroll back to the car

Millions long for immortality who don’t know what to do with
themselves on a rainy Sunday afternoon:Anon

Few people ever own anything that works, fits, or looks as good as a truly well-built bike. :-Elden the Fat Cyclist

So my nephew is keen on canyoning but for one reason or another his options for doing a long wet canyon are limitted.

I’ve been meaning to get him down another dryish canyon for a while. My original plan was to take him down Tiger Snake canyon   but we had to get back to town early and I had not taught him to abseil yet so we descided on this one with an optional abseil for the hell of it.

Now some people dismiss the smaller, drier non abseil canyons but this one has one of the prettiest constrictions going and it’s close to home so it was a no brainer

Nathan and Mandy enter the canyon from the bottom 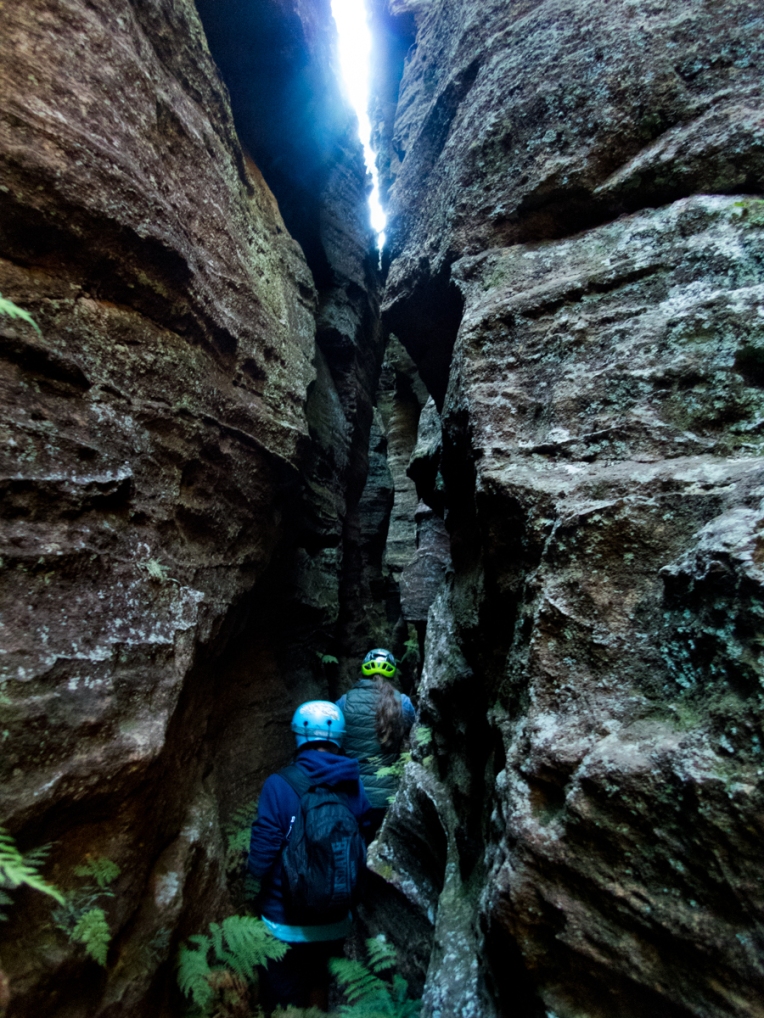 A massive storm 18months ago scoured the sand out of this bit leaving a puddle just on balls deep. Today it was icy

looking back into the depths

Warmed and fed we continue on

What if something is on TV and it’s never shown again? :Smudge- Outdoor type

Windows is a nice winters canyonish abseil trip and I was keen to link it up with a slightly different way up the hill using the pass we mistakenly discovered on our scrub bash to nowhere, using the approach I later took with Yuri, as I thought it would add to the trip with out adding much time while also avoiding the need to go right to the top of the ridge before fighting our way done through the scrub.

Turns out it works well.

We meet up at the usual spot and head on down the valley. Up top a bitter wind made things nippy at best. Once in the valley we we’re out of the wind. Still jumpers and beanies were on as we crossed river via the log and made our way up the old rail line.

Soon though, beanies and jumpers were stowed in bags as we left the easy grade behind and headed steeply up beside Penrose gully.

Instead of continuing up the slot through the final cliff line like normal we skirt around below the upper cliff. This section cliff between here and my pass is riddled with slots, erosion caves and other interesting features.

Following the cliffs we pass many slots, most finishing too high to explore from the bottom but eventually we come to the micro canyon I call Kenobi.

Like a natural chimeny the wind whistles up here and jumpers were dug out of packs while we explored it’s confines.

After a short stop here we continue around the corner to my pass. A steep gully leads up and soon becomes blocked by chock stones but a hidden pass up an alcove in the walls lets us continue up. I slip up and drop a rope down for the others to use as a hand line. We are now on a ledge which will let us get on top of the chock stones.

What follows is a narrow squeeze

And then we are only a couple of hundred metres west of where we normally drop into the gully that leads to Windows canyon right next to the side slot. 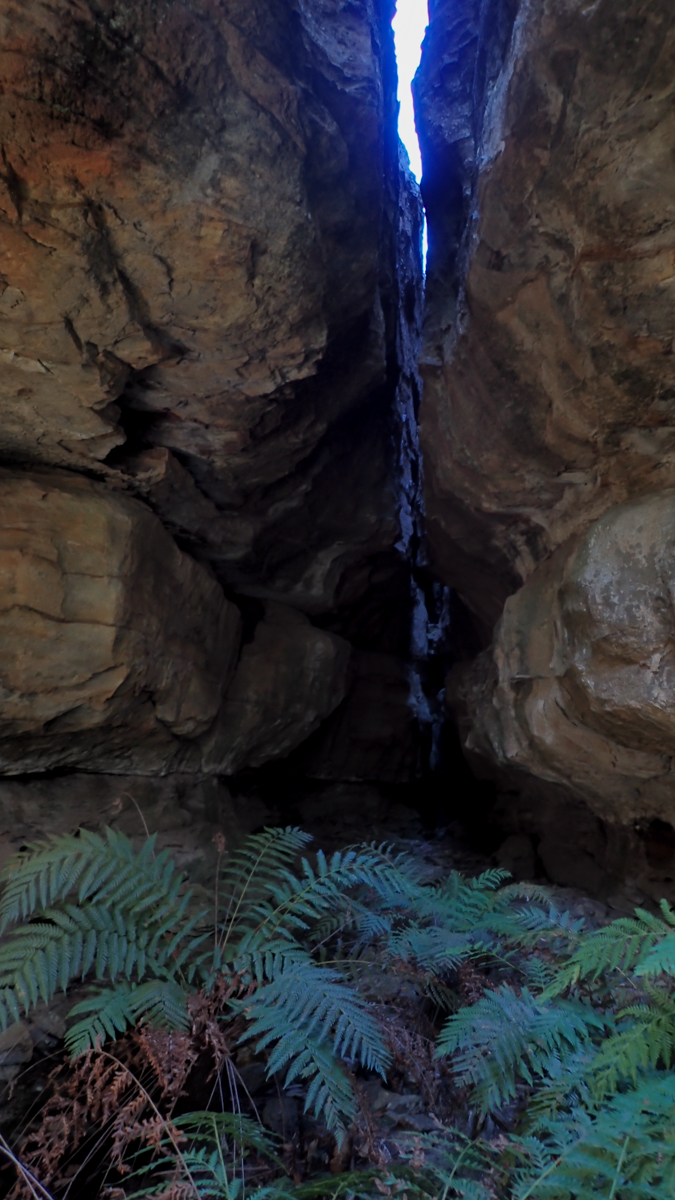 And then it’s down the gully until it canyons up

It was here admist banter and laughter I pull the ropes and then realise there is a second part to the abseil….. We hitch a make shift anchor and go again.

If life gives you lemons you might be a lemon tree