I swing past the ZigZag to pick up Kylie and Russ and we head on out to meet the others.

Amid hellos and banter costumes are donned, make up applied and the first of 10 gazillion photos are snapped and whips cracked

And then we split into groups and head off

And we even done some canyoning

I’ve done tigersnake canyon um, lets say a few times and the bottom of this section has always been pitch black so I’m up here telling people they’ll need torches….

Some piss taking of my warning ensued… No idea if it was the time of day or the fact there is no tree canopy post fires or just the glow of awesome folk but no torches needed.

Regrouping at the end of the canyon we’re met by Jen who was unable to abseil due to injury so ducked around and got a little camp fire going. We enjoy some more banter and a bit of Kristos birthday cake that Hywaida had some how carted through the canyon without so much as smearing the icing.

And then it was time to climb out

(Their) thoughts inhabit a different plane from those of ordinary (people); the simplest interpretation of that is to call (them) crazy.”
― Juliet Marillier, 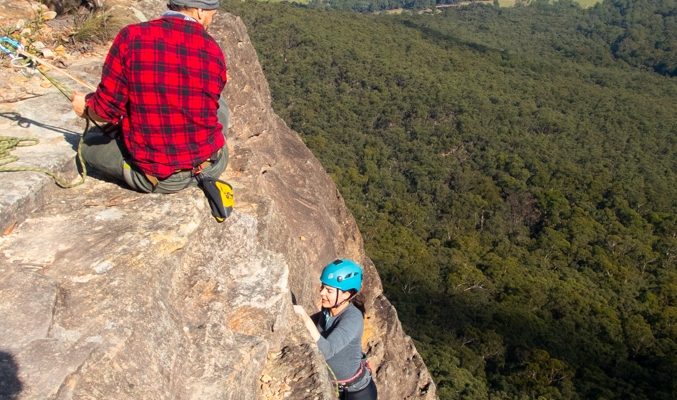 A quick morning climb with Libby and Russ. It was good to dial back the difficulty and concentrate on trying to unlearn some bad technique that I have found myself falling in to.

Wait, yes it was. 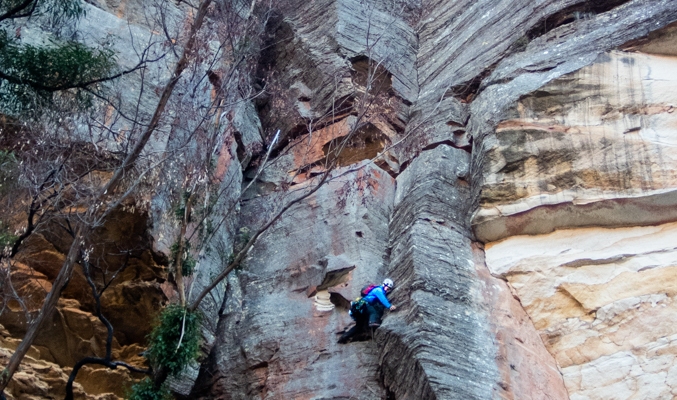