It’s just before 9 as we pull into the Rocky Creek car park and we have the place to ourselves. That might sound unusual but it’s in the PM and our head torches cast eerie shadows through the mist.

Ethan and Ed soon join us. The refracted moonlight gives a strange illumination. We lament the lack of stars but soon we’ll be greeted by constellations of another kind.

We turn off onto the steep track that descends into the head waters Twister. Thick vegetation creates a tunnel effect and the bright spot of the head lights focuses your attention. Without the peripheral distractions of grand landscapes the walk in seems even shorter than normal.

There is nervous chatter as we change into wetsuits. It had been a long time since I’d canyoned at night. The Wollangambe trip at night use to be a favourite of ours. The looks you got from the masses as they were getting back to the car park just as you were leaving… Youse are too late. You’ll never get there before dark! That’s the point we’d grin. Dolphin torches at the ready…

Anyhoo for most of the others it was a first. Me too, I’d never done this trip at night. Wetsuits on. The cloud cover had trapped the warmth of the day, there were a few comments of how hot it was in the suits. Hold that thought.

In we go… Marvelous. Nerves turn to adrenaline.

The water is Twister and Rocky crk seems warmer than normal at the moment. As warm as I’ve ever felt it. OK not bathy and you wouldn’t just float there of hours in your speedos but it not take your breath away bracing either.

Concentrating in finding foot placements in the dark I had to remind myself to stop and look around. Not far in I spot that familiar green glow. The first of the glow worms. A few dim spots nestled into cracks in the wall 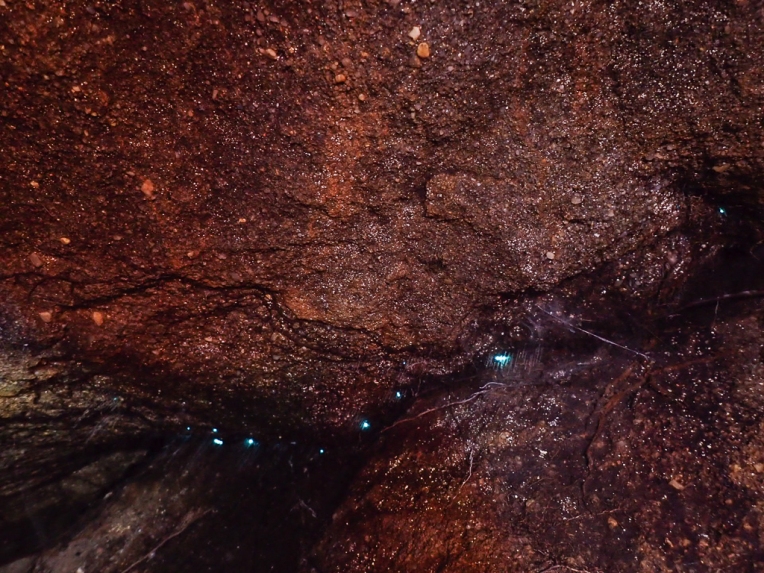 Twister felt like it was over in no time and we continued down towards Rocky Crk.

More and more Glowworms adorned the steep walls that overhang the access trail. Soon enough we reach the start of the canyon. In the still night the roar of the waterfall seemed amplified 10fold.

This was the first canyon I’d ever done. I still remember the feeling of awestruck wonder I felt first looking down that drop into the narrow chasm. It sparked my love of canyoning. Countless trips later that feeling returns every time of reach this point.

The glowworms in Twister were nice. The ones along the entrance track were magical. Once in the jaws of Rocky they are on another level again. 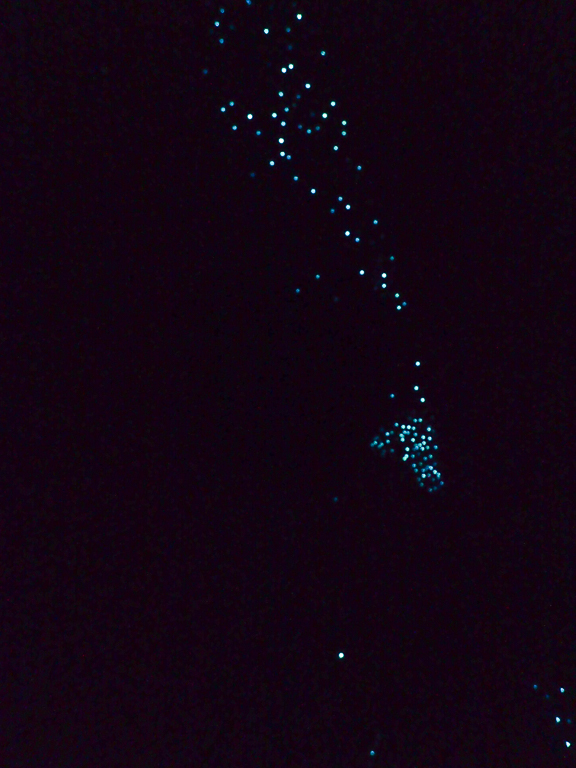 Even the snotty webs coating the walls reflected the light of the head torches, making the whole canyon seem to glow.

Unfortunately just as we get to the Washing Machine Jodie jars her ankle on a submerged ledge. She and Garry decide to start heading back up while the rest of us continue down to the starts of the tunnel swim. Not knowing how bad the injury is we opt to finish the trip there and head on back up.

Brown Eels, glowworms and yabbies greet us in a passage. We try not to disturb them too much 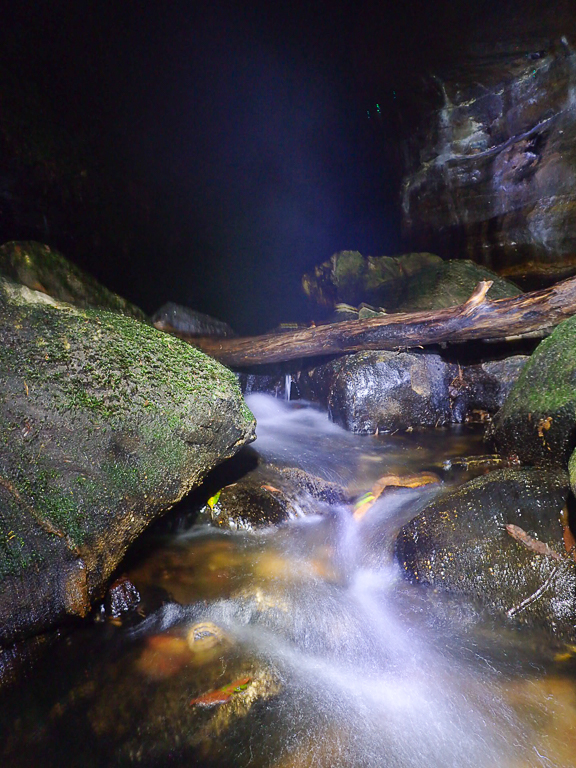 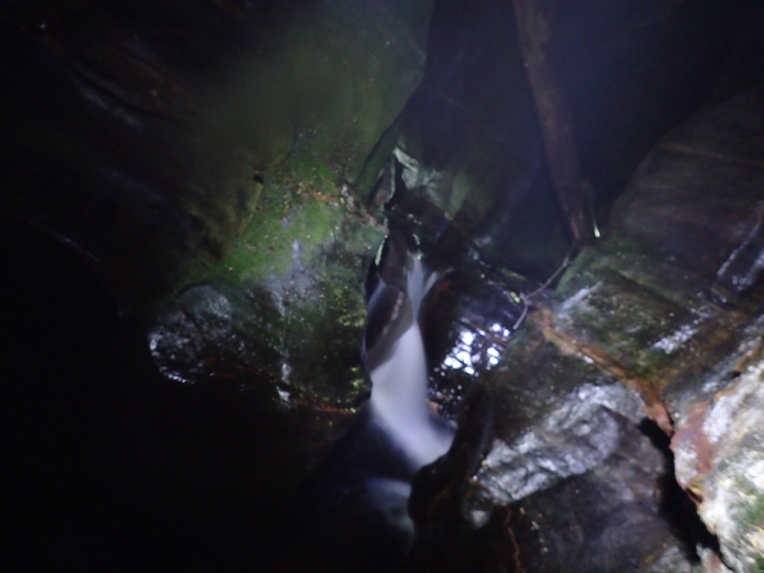 Time:~4hr car to car with a slow ascent due to injury

There was a bit of history repeating tonight. Just before I started canyoning my little brother and his mates did a few night trips to Rocky Creek. 1 I remember as one of the girls in the group broke her ankle before they had reached the canyon. While we were able to walk of injured out (Some tough determination and a lot of grimacing) they were not so fortunate and spent the night carrying her back up to the car park…

Disclaimer: While canyoning at night poses pretty much the same risks as doing it in the daylight the consequences of things going wrong is much greater. Without the beams of sunlight to warm you between darker swim sections Hypothermia is a heightened danger. Limited peripheral vision may mask hazards that would otherwise be easily identify.

Navigation can also be much harder. You should be very familiar the canyon and it’s entry/exit tracks before attempting it.Even on this trip with clear trails the guys missed a turn started back up towards twister on the way out.

It’s also worth noting the creatures out and about at this time of day are creatures of darkness. They don’t want thousands of lumins shone on them and massive groups disturbing their peace. We kept our beam set on low and trod as lightly as possible. As you always should in these pristine environments.

Unfortunately my GoPro was playing up and freezing. It missed most of the action in twister

One thought on “Basking in the Glow of Worms”