Arethusa, in Greek mythology was a sea nymph who fled her home and came up as a fresh water fountain. In Blue Mtns canyon mythology it was one of the first canyons explored by bushwalking clubs in the 30s. As such it could be argued that Arethusa canyon is the birth place, not of a fountain but of the Aussie canyoning culture.

These hardy club members came up from the bottom, which is no mean feat considering how slippery the canyon is going down with modern equipment, not to mention the 30m abseil at the end of the canyon.

Apparently they scaled this cliff at Arethusa falls by using tree roots which have long since disappeared.

It’s a bit of an oddity that the canyon tends to be far less visited than many of it’s near by neighbors. This may have something to do with the original exit being a long scramble around the base of the Carne walls or maybe the creek had suffered a bit of pollution from storm water run off  and seepage from Katoomba tip and the like for a long time (Old car tyres are still a feature of the canyon).

I’m not sure who pioneered the rock climb exit but when combined with an entry from the Mt Hay rd side it makes for a really nice trip.

A few weeks ago me and Ed dragged Tal along on a scrub bash to find a way in from the east. After a lot of scrub we found a few spots all far too long for the ropes we had and with Tal’s ankle playing up we opted to abort the trip and went and did Empress.

Anyway after actually looking at the maps we were fairly disappointed in our efforts and had to get back for another go. ‘Cept Tal who said No.

Anyhoo me and Ed organised a day to do it and Kent joined us.

This time we had no dramas getting down to a small side creek and after a quick scout around Ed chose a tree and rappelled in. A short bit of scrub down the creek and we come to another drop, this one with an established anchor and in no time we are in Katoomba creek. 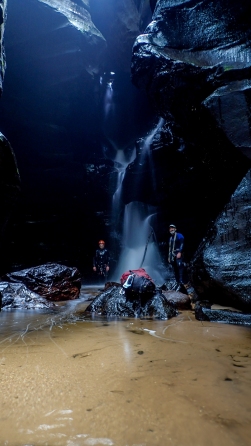 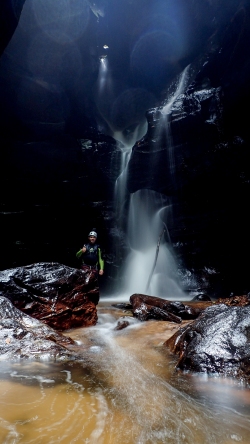 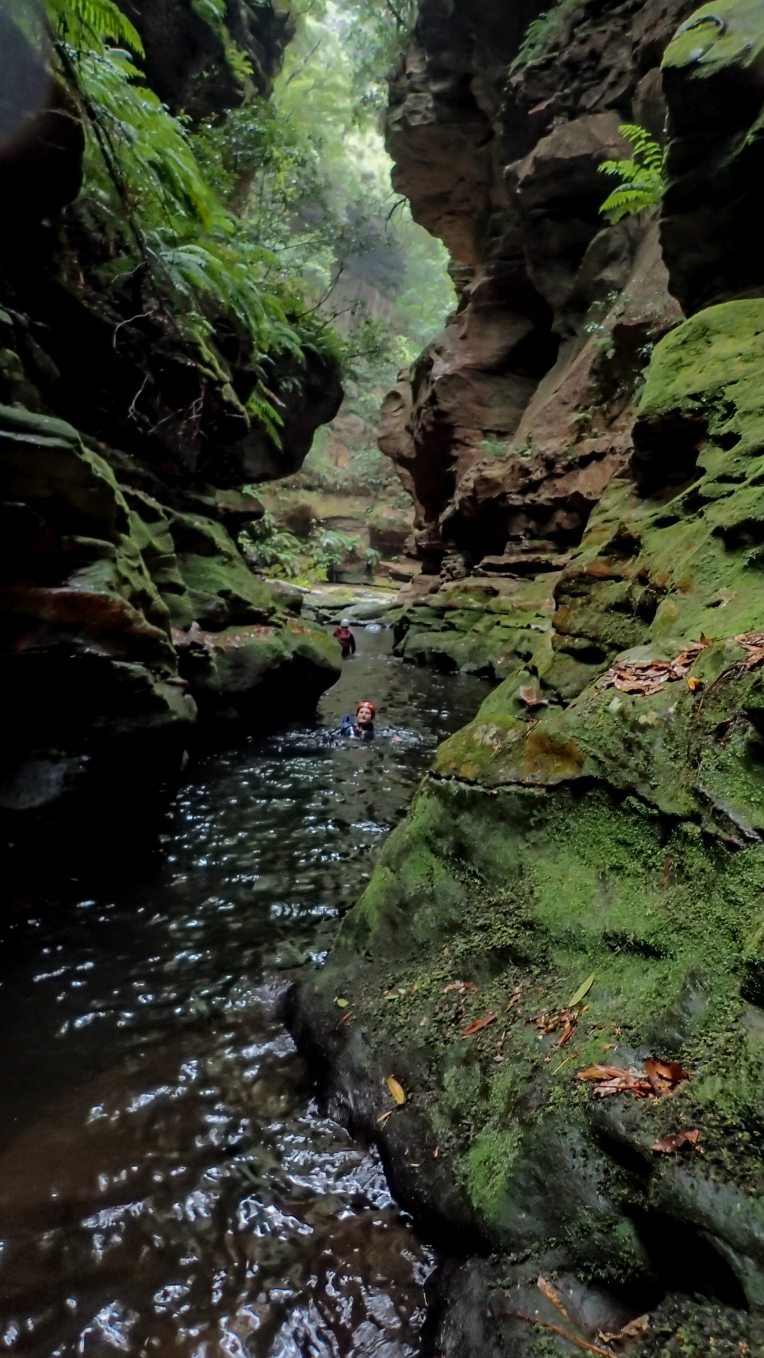 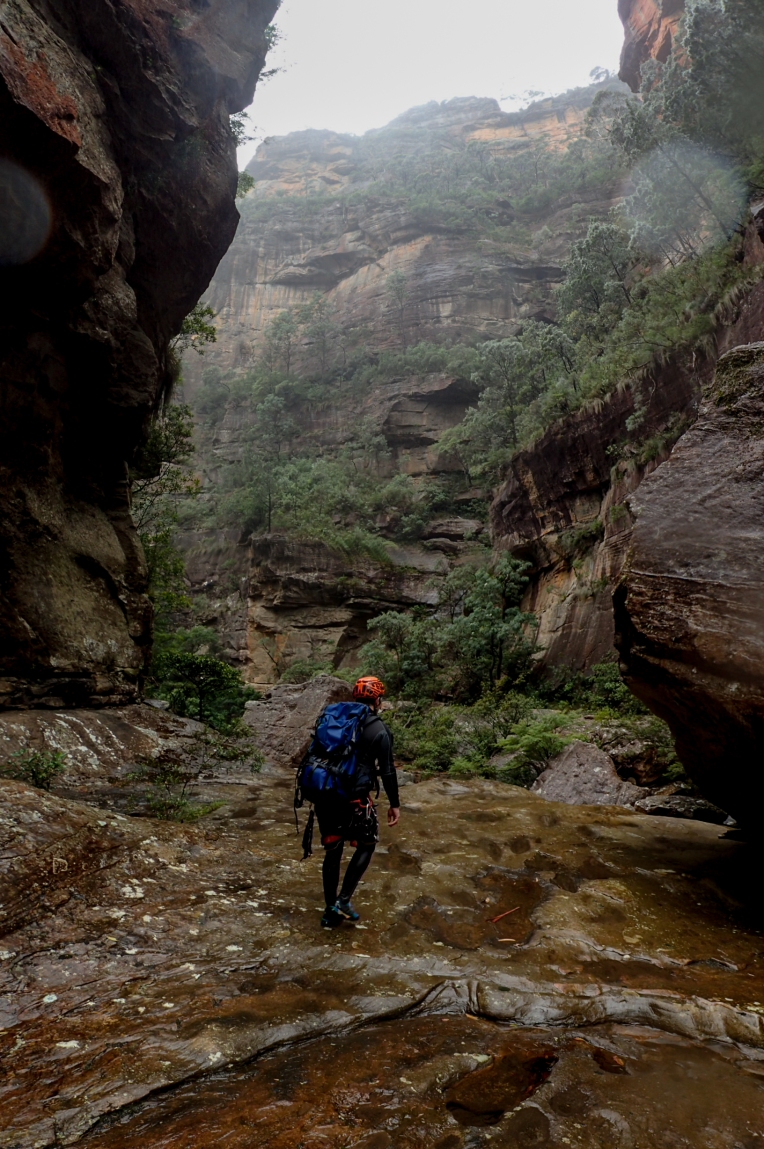 The traditional exit is to abseil the falls and then scramble around the base of the Carne Wall back to the tourist trail. This route is littered with horror stories of groups benighted or getting back to civilization well after dark after an ankle breaking scramble across loose scree slops. Kent says it is easier to continue down the creek past Hilary falls to the old swimming hole at Edenderry falls and thus back up  Rodriguez Pass and the Pilcher track.

We opted the climbing route up into the end of Alpeus canyon and then a series of ledges and hand lines.

Ed, who is a much better climber than I ever was lead each pitch. I haven’t done any serious climbing in ages but had no dramas seconding even in my canyoning moon boots. Where the rock is a tad blank  knotted fixed lines hang down  to compensate for the lack of  big easy handholds.

If you are a rock climber its all pretty straightforward. If not there are some tricky bits with a bit of exposure thrown in. Any more than 2 or 3 non climbers in the party would cancel any time otherwise able to be saved by using this exit.

Time: 6.5hrs car to car with a bit of photo phaffery and hauling packs and assisting the climb

You can find more photos of the trip on my facebook