Last time I did Coachwood canyon was about ’97. I couldn’t remember much about the trip other than the Coachwood forest made for nice photos and  as I abseiled out the end I could hear what I first thought was airforce jets zooming over the gully. Turned out it was a wall of hail that was just about it hit. It struck with avengence just as Della and Mandy joined me at the bottom. Gathering the rope as Rocky creek began to rise we made a dash down stream to the big bend where we cimbed up to a little cave to wait out the fury. An hour or so later we climbed up a hail covered ridge. Photos below (Click to enlarge)

Della in the coachwood forest

Mandy watching Della on the absiel 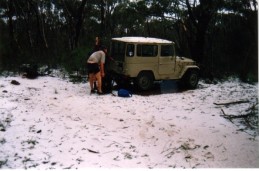 Hail on the ridge top

Anyhoo, I had a week off work and I know Julie is always looking for people to go canyoning mid week so I hit her up.

Yep I’m off Wednesday, says She. Want to do Coachwood?

Sure do, says I

I was keen to get back, it’s reasonably dry but I had no recolection of the canyon itself.

Want to reverse up Rocky creek to exit? says she.

Are you freaking kidding how freaking cold is that going to be… I think but instead my brain replies with, Yeah, sure.

Anyhoo We drive up to the Bungleboori picnic spot to meet Michael. Instead we meet Geoff, Anna, Peter, Ruth and other assorted UBMW members heading off to do a rarely visited canyon not so far from ours. Anna looks confused as she does a head count. Oh we arn’t with you guys we’re meeting someone else.

all good they pile in cars and head off. Michael arrives shortly after and we do the same. Veering on the the Galah mountain road we see Geoff and his group driving backout. That was quick.

Big tree down just up ahead, we couldn’t move it. He informs us. We’re changing plans.

Oh we might as well have a look. Yep big tree. we go bush and carefully edge around it and continue on our way.

I think I know why I couldn’t remember much of coachwood. It’s not much of a canyon. A bit of fun but nothing overly “Wow!”

Now traditionally for me Rocky Creek is a NewYears day or later canyon. It’s always cold so I was a little apprehensive. But we’d layed up. I had a thermal top, 3mm steamer wetsuit with a 3mm spring suit over the top. Woolen beanie to keep the noggon warm and over it all a light spray jacket to keep the wind off.

With all that on and working our way up stream I never felt cold at all. Infact because the beanie stayed dry it got a little warm and I ended up splashing water over my face a couple of times to cool my head down. 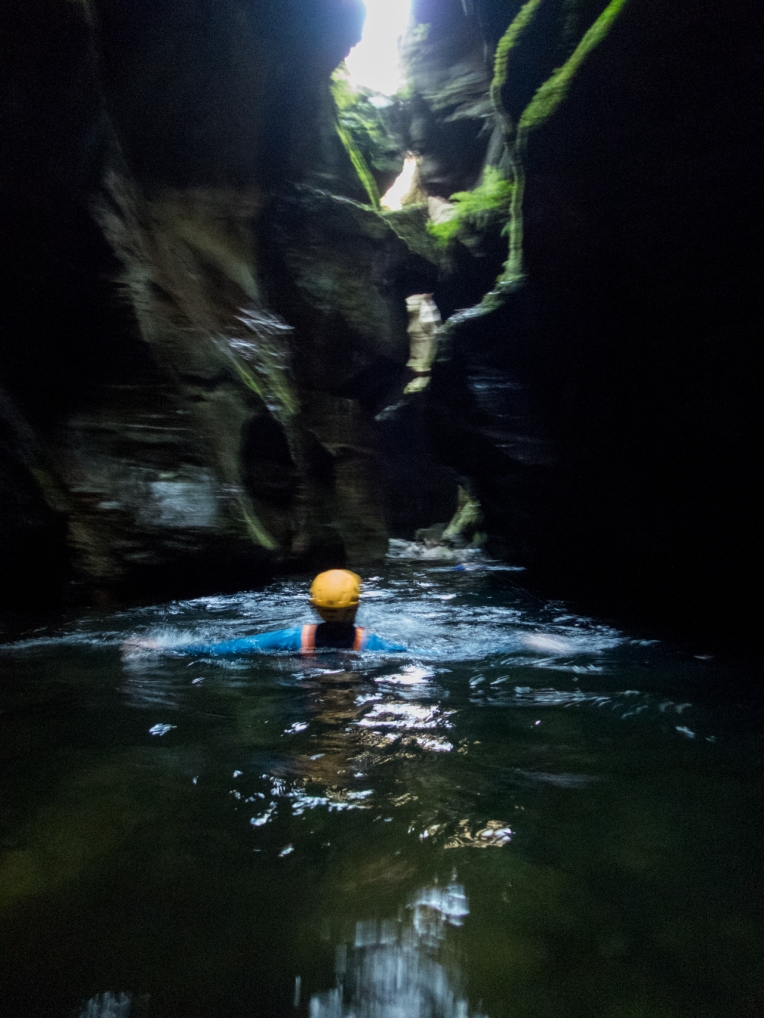 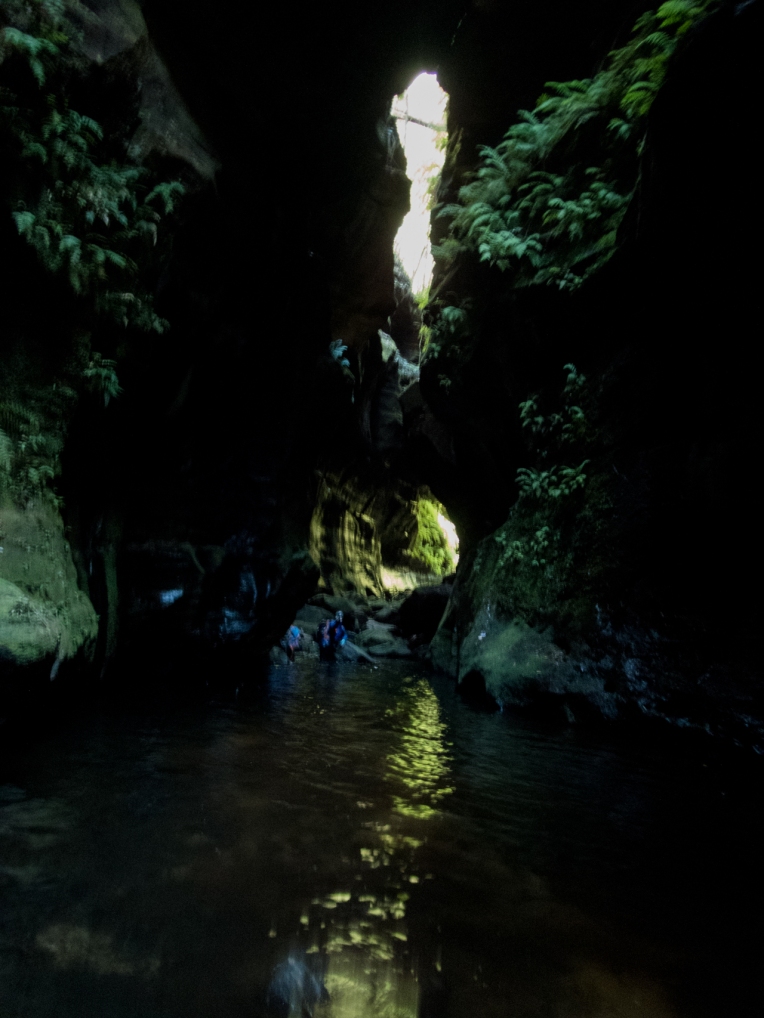 And of course the early waratahs were out on the ridge

all in all a fun day out. I’d class it more of a trip up Rocky Creek with an alternate entrance

What if something is on TV and it’s never shown again? Smudge

One thought on “Coachwood and Rocky Creek Canyons”