Garry, Jodie, James and me

As David Bowie once sang, the only thing I ever got from you was Zorro… or something like that, I was never a fan so could be wrong….

Anyhoo it was back up to the plateau for more canyonng fun. Shoes and harness was still damp from yesterday and a bit of drizzle had set in but that wasn’t going to curb my enthusiasm.

This time we took a left and headed out along the Sunnyside ridge trail looking for a couple of short but spectacular canyons.

Our first goal was Zorro and we had no dramas on the way in.

There follows a tight shimmy down to a cold pool. There is an anchor above so I guess people rope up for it but it looks like tha would be awkward. It is a fairly straight forward down climb.

I have no idea how deep the water is but there are narrow ledges just below the water level so only you feet get wet.

James tries to bridge above the water but is unable to. Wanting to keep his shoes dry he wedges himself above the water level slips off a shoe and hurles it over the rock he thinks marks the end of the water. It makes a big splash in the small pool just beyond the rock…. No dry feet for you. 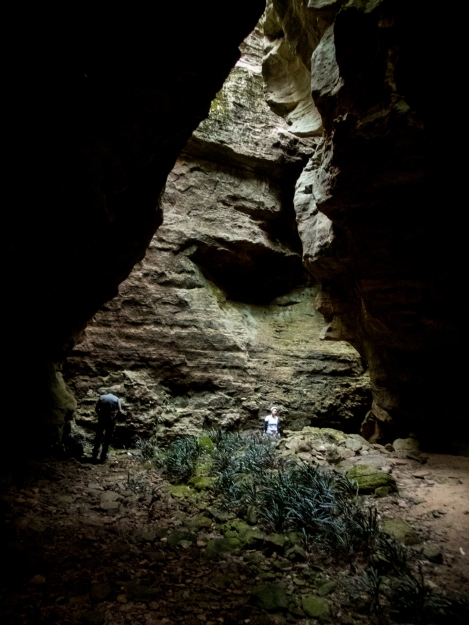 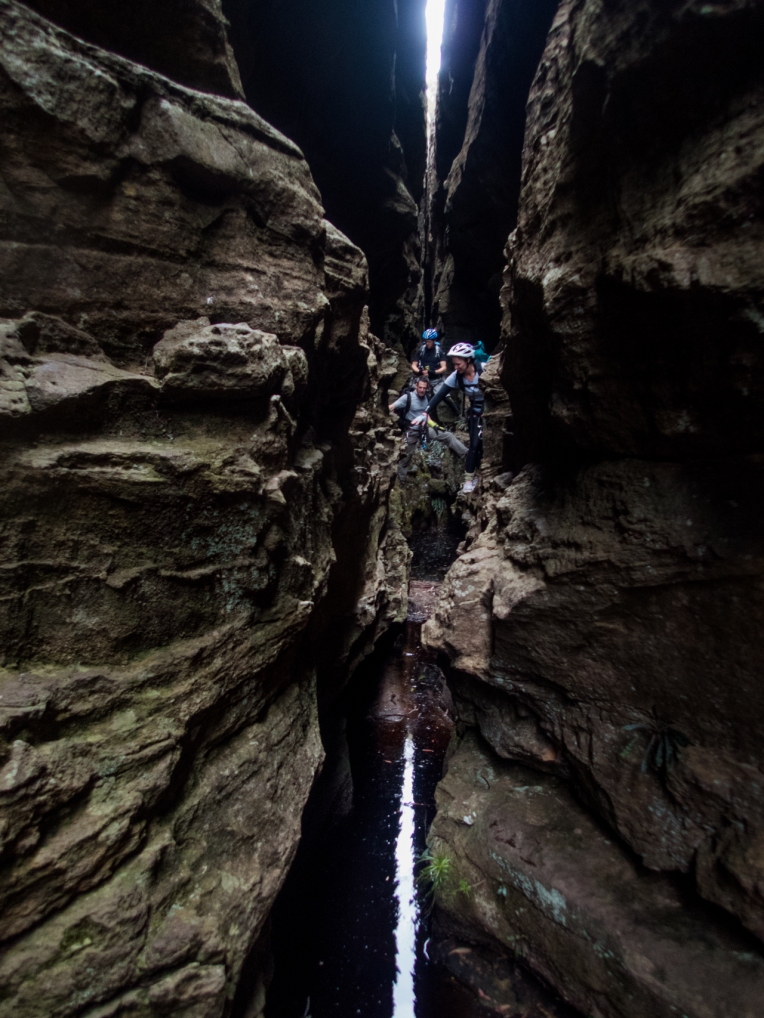 Then all that is left is a final abseil to exit, but before we do Gaz shimmies around the ledge to check out the views 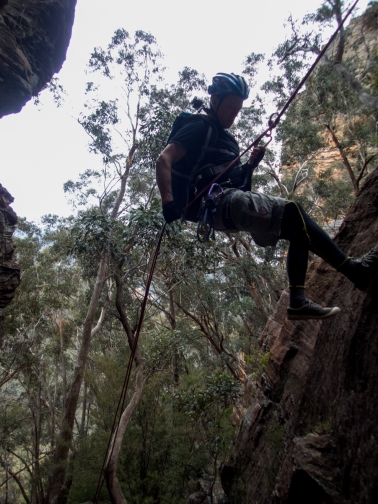 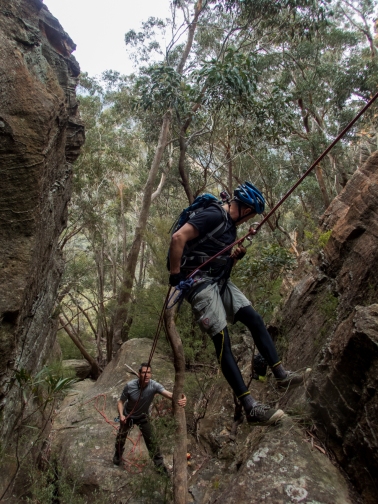 A quick scramble around the base of the cliff brings us to the exit slot, which is a nice, short canyon in it own right looking like something out of Jarassic park 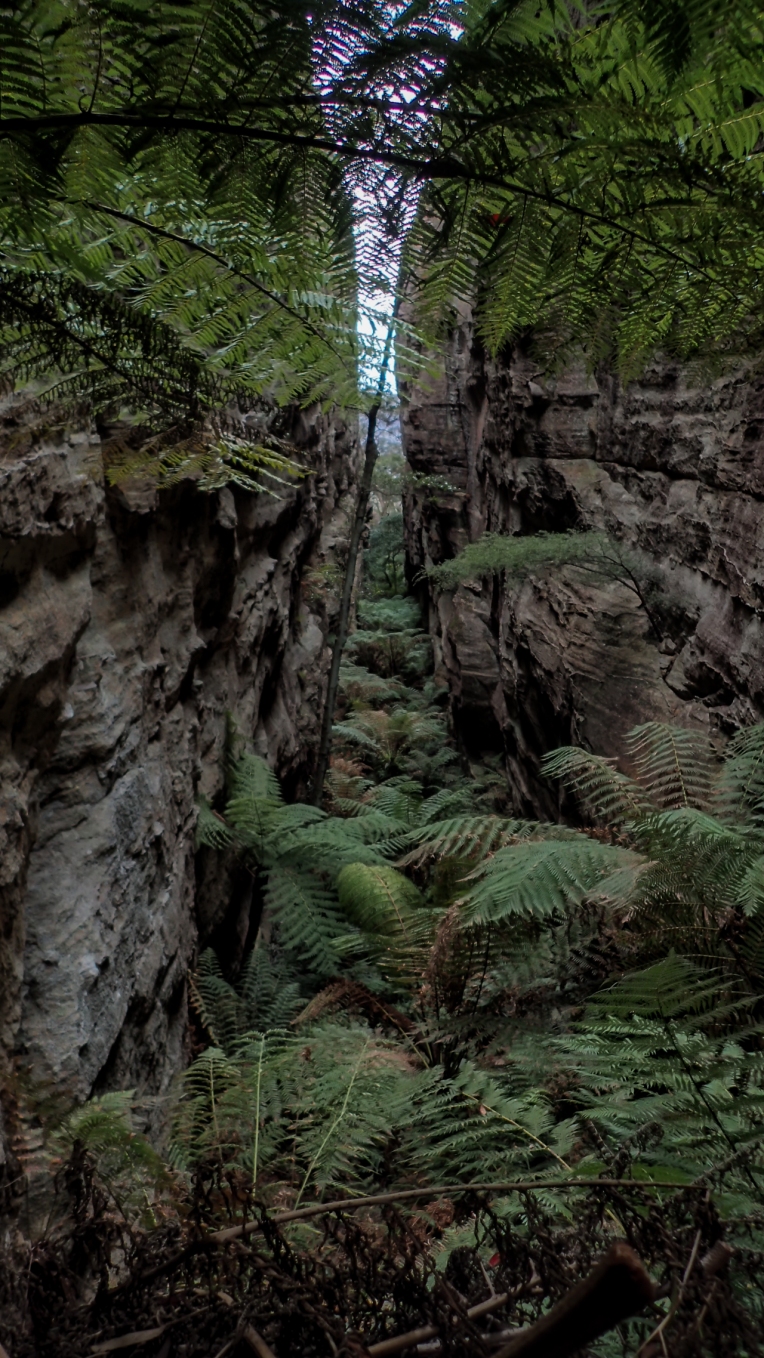 It’s not even noon so we do a quick car shuffle and go head in to check out some other features near by. 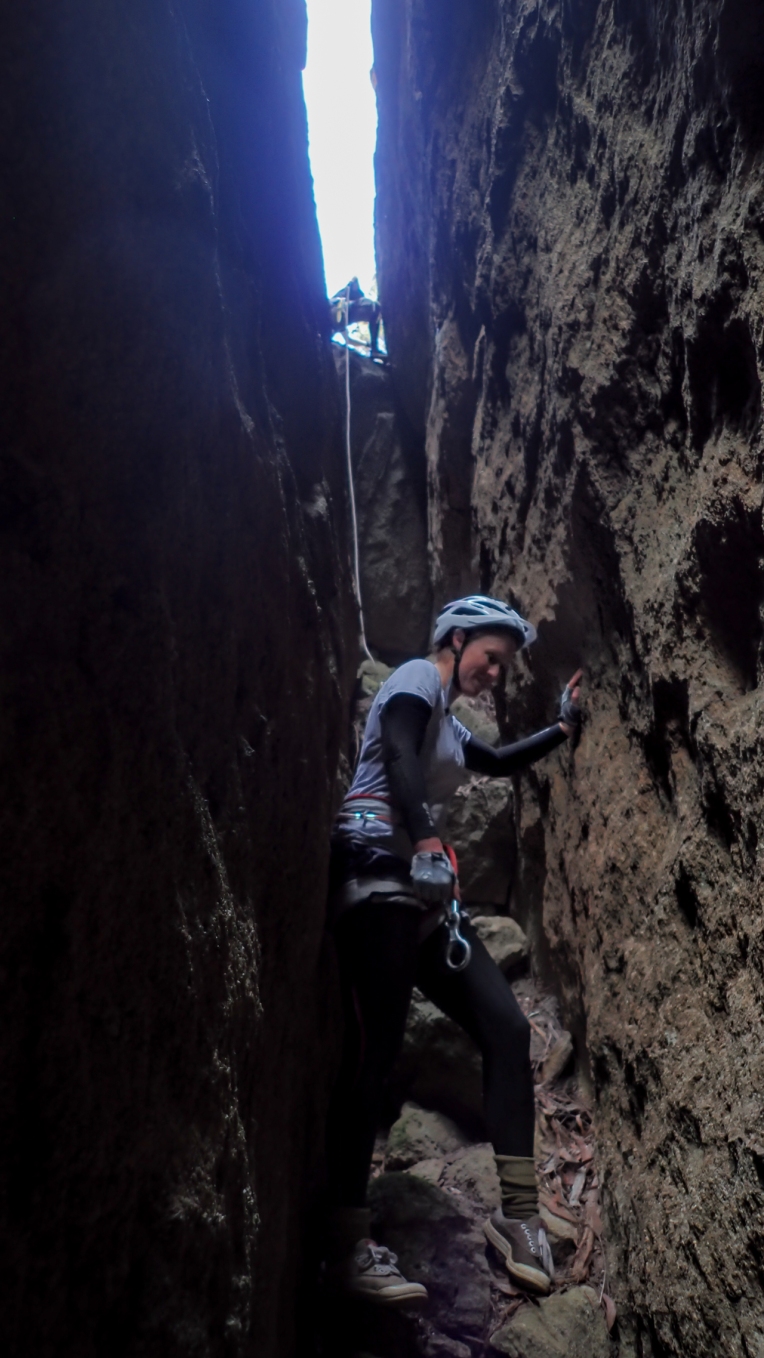 Then it was back up the Crack of Doom!!! 2 for an easy exit

And back tot he car for a much earned beerio.

Time: about 5 hours total for both canyons

Thousands of tired, nerve-shaken, over-civilized people are beginning to find out going to the mountains is going home; that wilderness is a necessity…
― John Muir